Why did the Grateful Dead spend so much time tuning onstage before sets and in between songs? Why didn’t they just cut the sound from the PA and use the monitors?

There are several answers to this question but you already hit on the main one. The Dead were improvising their playing and set lists and the tuning usually served as audio cues to the band, not just the audience, both as to what would be played next and which band member would get to decide what gets played next. I can’t say I ever fully cracked the code but there were definite protocols and rules involving this. Usually you would hear a dummy Jerry riff and then Phil would tease the real song on the bass and then the reverse two songs later. This mostly occured in the first set as the second set was usually 90% free flowing jamming. 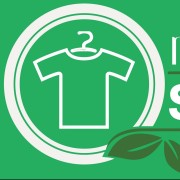 In a world full of Grinches be a Griswold shirt – mytea